Over 90 countries will be participating in the IFMA World Virtual Online Championships with many holding their qualifiers around the globe. Last weekend saw Chinese Taipei holding their national qualifiers in cooperation with their National Olympic Committee and full support of their sports ministry. Chinese Taipei is now building a team for the Virtual World Muaythai Championships after their successful national online tournament.

The 1st ever National Virtual Championships were held in Xinzhuang, Chinese Taipei last Sunday. Following the National Muaythai Championships last month, Chinese Taipei got another chance to gather all Muaythai enthusiasts from all over the country to join the approachable aspect of this martial art. Together with over 100 participants including athletes, referees and entourage, 4 types of competitions we successfully concluded. The competitors varied from elite boxers and national athletes from the age of 5 to the age of 45.

The President of the Muaythai Association of Chinese Taipei said that it is a remarkable format which appeals to the masses and is inclusive the youth from all walks of life to the sport of Muaythai. Things which you did not believe before became a reality which is more than popular in Chinese Taipei. It was a first non-combat Muaythai competition, and all officials had to prepare and adjust but the result was just stunning. The President further stated that he is praising the initiative of IFMA to keep the IFMA youth engaging in a healthy and active lifestyle and at the same time promoting the cultural roots of Muaythai.

Chinese Taipei now joins the race for the medals of the World Virtual Championships to have a chance to compete under the Muaythai Flag against other Olympic and Non-Olympic sports at the United Through Sports Virtual Youth Festival. 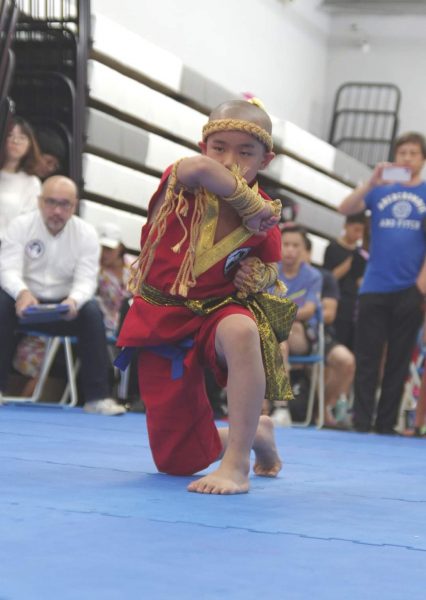