IOC YOUNG LEADER ROHITH MARADAPA: “IT’S THE RIGHT OF EVERY WOMAN TO REACH HER POTENTIAL”

NewsIOC YOUNG LEADER ROHITH MARADAPA: “IT’S THE RIGHT OF EVERY WOMAN TO REACH HER POTENTIAL”

In the IOC's latest article of their series on gender equality, we speak to IOC Young Leader Rohith Maradapa about his efforts to provide mentorship and sporting opportunities for underprivileged girls and boys in India.

Rohith Maradapa has always had strong female role models in his life. One of his grandmothers reported on cricket for a magazine in the 1950s. The other captained her college basketball team. And his mother is a leading expert in nutrition. But each of them still faced hurdles due to the societal expectations of women in India.

In a country that sees an unprecedented ratio of women drop out from school – with figures suggesting 40 per cent of girls aged 15-18 are no longer in education – the Just Play India initiative aims to keep children in school longer and enable them to dream bigger by providing personalised mentorship support and access to sport.

During the COVID-19 pandemic, Maradapa has adapted his programme to provide online training and mentorship, reaching 130 students across two cities. With 78 per cent of Just Play India mentors being female – including four international-level athletes – the programme has been particularly successful in engaging young girls. After four months, 89 per cent of girls who participated have now shown a greater interest in sport.

HOW DID YOU DEVELOP THE CONCEPT FOR YOUR JUST PLAY INDIA INITIATIVE?

“Something that always resonated with me is mentorship, and I observed a lack of it in many places. As an athlete, I would give talks to schools, colleges, and corporates, and often parents would come up to me and say, ‘Why don’t you help my child?’ Many of these people were from underprivileged backgrounds – it would be sad to see, because some of these kids have great talent, but nobody to guide them.

“I realised, instead of just doing these talks alone, it would make much more sense to interact with these kids over an extended period of time, and give them that support, that access to mentorship, especially for women in our country. One hundred per cent of India’s Olympic medals in 2016 were won by women, but still women get less than four per cent of sports screen time. Imagine how that impacts young women. We need to give women a platform to come forward, and that is what Just Play India tries to do. We teach social, emotional and life skills to young girls and boys on a shared platform. We use sport and other activities to educate these kids that they can believe in themselves, achieve their dreams and succeed.”

WHY DID YOU FOCUS ON GENDER EQUALITY IN THE PROGRAMME?

“There are huge dropout rates with regard to women students in our country. That shouldn’t be happening, and there are a lot of organisations, NGOs, companies, corporates, and the government itself working towards [addressing] it. But nevertheless, there’s a lot to be done. We want to give young girls and boys the opportunity to reach their full potential. Because of their socioeconomic status, most of these kids don’t have the confidence to say, ‘Hey, I want to do this.’

“We try to bridge that gap, to give them that belief and framework to go and achieve their goals. That’s something we want to do with every kid in India. We don’t think anybody should be dropping out just because they don’t believe they can do it or because the generation prior to theirs believes they shouldn’t be in school. Every girl and every boy has the right to be in school. Just Play India wants to reach more and more people and help make [the country] a better place.” 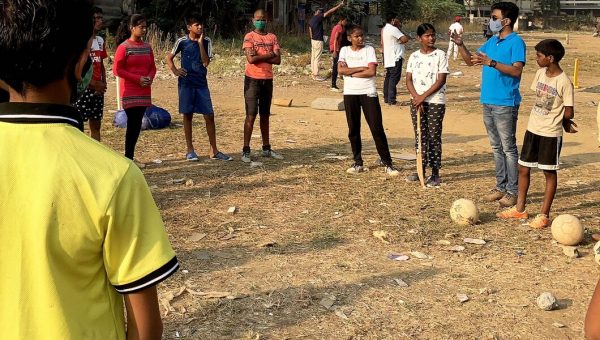 WHY IS GENDER EQUALITY IMPORTANT TO YOU PERSONALLY?

“Women in my life have been extremely motivational for me. I’ve seen it with both my grandmothers – one as a journalist in the 1950s for cricket matches, and the other as captain of her collegiate basketball team. Nevertheless, neither were allowed to finish college; they had to drop out. Even my mother, who is a nutritionist, had to wait 15-20 years into her marriage before she could start her own practice.

“I’m lucky that the president of the Rowing Federation of India is the first female president of a National Sports Federation (Olympic discipline) in India. Ms Rajlaxmi Singh Deo is one of my mentors, and it’s people like her who can take the movement forward. All these women were able to go ahead and pursue their passions to impact society, to dream big, also because they had mentors. Hence, projects are very important to steer people in the right direction and steer our society.

“We need every hand to get more women on board faster, because this is a real problem that is causing tremendous loss, stress and anxiety in society. And it has got to change. It’s the right of every woman to reach her potential, and every man to reach his potential, and everyone should support each other and try to stop this systemic issue. Sport is a great tool to bond people in a natural and organic way to make this happen.” 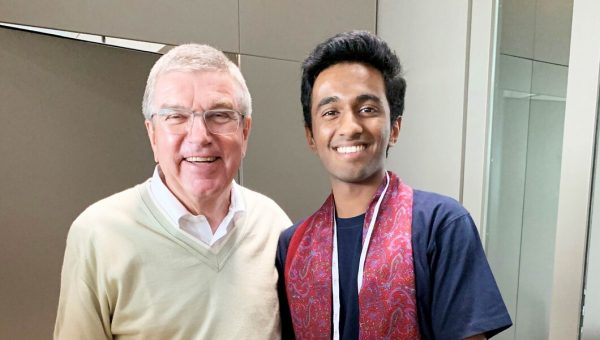 HOW IMPORTANT HAS THE SUPPORT OF THE IOC AND PANASONIC BEEN TO THE SUCCESS OF YOUR PROGRAMME?

“They made this programme a reality. The whole IOC Young Leaders family has enabled me to do this. I would like to express my immense gratitude to the IOC and to President Bach for his support to the Young Leaders personally, and kudos to his vision of entrusting youngsters with the baton of responsibility to make our communities a better place through sport. I would like to also give big thanks to the Yunus Sports Hub, which is the IOC’s delivery partner in the IOC Young Leaders programme and provided some wonderful mentors, and Panasonic for providing us with additional resources to go out and make a change.

“It’s a team effort. There’s a new generation of 25 Young Leaders this time, and I think they’re going to do magic. That’s going to be beautiful to watch.”