Mr. Gunter Plank is a well known face at many IFMA events, he is well respected and has shown time and time again his dedication to the sport of Muaythai. His passion for educating other officials is endless and is prominent in the improvement of the referee and judges you see under his guidance. Mr. Plank is the EMF and Austrian Head Referee, an ITO for IFMA and is also part of the officials commission. Today we get to see where his love for Muaythai begun:

When did your journey begin and what attracted you to the sport of Muaythai?

As a competitor I had taken part in various competitions such as kickboxing, boxing and Muaythai. Muaythai had a special place in my life from the beginning, which became even more important after my first stay and real Muaythai training in Thailand.

On my first holiday in Thailand, I was the only Farang to take part in the training, which had a great impact on me. After a typical Thai warm-up, I went on to the pads where more and more local spectators had gathered after each pad round. After I had survived the 5 rounds, I went onto the punching bags where a boy of around 12 years old showed me how best to work with my knees on the bag.

This young boy had worked the punching bag much harder than me, which fascinated me even more. For me, training and holidays in Thailand have developed an incredible love for the sport, the country, the culture, Buddhism, the people and of course Thai food.

In 2002, I attended a world congress of the IAMTF in Bangkok, where among other things a referee course was organised, which I took part in. The World Congress ended with a gala in Ayuthaya directly on the Chao Praya, which was broadcast live on television. I took part in this competition against an Iranian in which I was lucky to win. Since 2007 I am proud to have been a referee for IFMA. 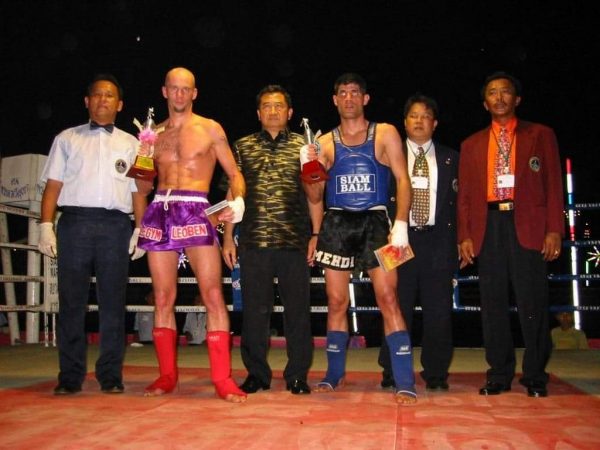 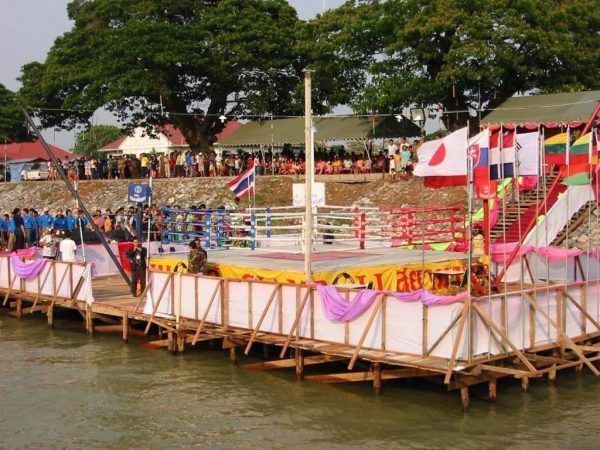 Why did you want to become an official?

I had a few negative experiences as a competitor in the past where I felt the judges did not score fairly and I lost two bouts. Because of these events, I wanted to know what I needed to do to convince the officials of my victory even in a close fight.

Towards the end of my active career as a competitor, some organisers wanted me to referee more of their events and so I continued to pursue this path.

Austria has been one of the many countries affected by the pandemic, how have you been able to stay motivated and positive?

Since the beginning of November Austria has unfortunately been in lockdown again. I had to close my gym like everyone else, and all events worldwide were unfortunately cancelled. But I like to see every negative event has a bit of a positive as well.

I have had more time for myself due to the lockdown and was able to focus on other things that were somewhat neglected before due to my job, my gym and the many events. I have had time for other sports, training and education with the new rules. I wish for a quick re-opening of the gyms and a quick return to training as well, I also wish to see as many events being promoted in support of our sport and to see all my friends again.

What would you like to see for the future of Muaythai officials?

I would like to see more well-trained referees who have the same understanding and interpretation of the rules. This will prepare us all for the 2022 World Games in the USA and the 2023 European Games in Poland, among others. We have redesigned the rulebook to include much more detail and  with this means that there should be more courses to further train the referees. I would also like to see more time for the education and training of referees at international tournaments, which can be a time problem.

What are some of your favourite memories of being involved with IFMA?

I have a lot of beautiful memories. One of them was in Korea in 2016, where a family sold a few things in front of the venue and the daughter would be painting, which I always greeted in Korean. On the third day I came back to the family and the father spoke to me and showed a picture of his daughter. She had watched a few bouts where I was active as a referee and then painted a picture about it. She showed my bald head in great detail.

I have another nice memory of the 2018 Referee course in Abu Dhabi, where I was able to have a female ITO as a lecturer for this course in an Arab country after consulting the UAE Association.

Another event held in Moscow I was able to visit the red square with friends, I have many other beautiful memories in special countries like Bangkok and Kuala Lumpur where I have always been accompanied by good friends.