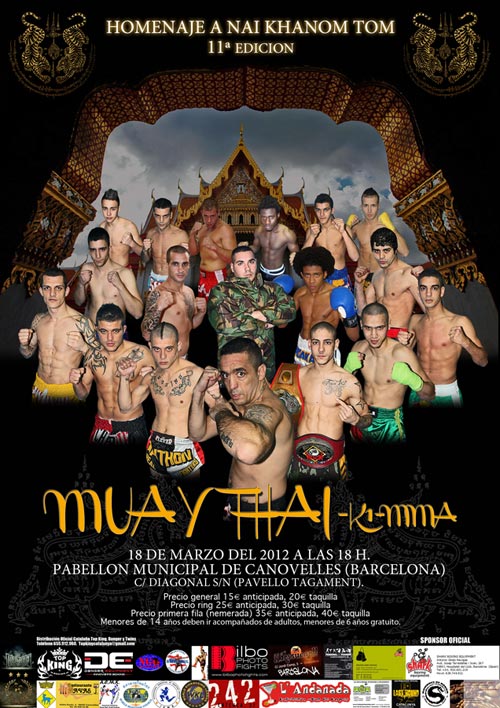 The event is aimed at giving a chance to both amateurs and professionals in to pay homage to one of the most revered historical muaythai figures.

Nai Khanom Tom, a warrior from Thailand’s ancient capital, was captured after the Burmese sacked the city in 1767. His fighting style intrigued the Burmese king, who demanded a tournament pitting his own country’s combatants against the Thai warriors.

According to legend, Nai Khanom Tom dazzled his first opponent with a pre-fight ritual called Ram Muay, a ceremonial dance honoring his teachers and mentors. Then he proceeded to pummel him, scoring a quick knockout. But the Burmese fighter cried BS, claiming Nai Khanom Thom’s pre-fight dance distracted him.

The Burmese king knew how to settle this dispute: If Nai Khanom Thom could defeat nine more consecutive opponents, he would then prove the superiority of his fighting style, earning his freedom as a bonus. Nai Khanom Tom took on fighter after fighter, dishing out abuse, until finally none stood in his way. He earned his freedom – a feat celebrated every March 17 as “National Nai Kanom Tom Day” in Thailand and around the world by muaythai practitioners.

Some great muaythai bouts on the fight cards: