The special parliament session opened with the heartfelt speech from the Thai Prime Minister Prayut Chan-o-cha celebrating the inclusion of Muaythai in the European Games 2023 with both sporting and cultural elements.

The Prime Minister was overjoyed that the European Olympic Committees have accepted Muaythai into the 5 rings and also for the development of the sport towards gender equality, mixed team events and promoting Muaythai also as a cultural art form.

The Thai Prime Minister met with the IOC President Thomas Bach during the 2019 SportAccord Convention hosted in Bangkok, together the President of the NOC Thailand Prawit Wongsuwan and Minister of Tourism and Sports Phiphat Ratchakitprakarn where they had the opportunity to discuss the journey of Muaythai and thanked the IOC for recognising Muaythai.

The International Federation of Muaythai Associations which is the world governing body recognised by the IOC has been praised especially for promoting the sport towards universality, inclusion, non-discrimination and sport for all. The IFMA is made up of 148 national federations recognised by their NOCs and/or highest sports authority. IFMA has reached full gender equality in Muaythai and is promoting this at all international events under the Olympic banner, and the European Games are no exception.

Muaythai is included in many other multi-sport games under IFMA such as the World Games, Combat Games, FISU Championships, Arafura Games, SEA Games and the Asian Indoor & Martial Arts Games, the next edition of which is hosted by Thailand where naturally Muaythai will be one of the main sports.

The world governing body IFMA has worked to fulfil all the important criteria for Olympic recognition with strong grassroots development to elite programmes. This is important so that the athlete can proceed from the youth to the student and to the elite and this also comes with strong responsibilities to fulfil.

The European Games program which includes the two mixed-gender team events for Wai Kru and Mae Mai in addition to the combat discipline divisions manifest the aim to bring together ancient traditions and modern forms of the spectator sport.

The Prime Minister called for all related departments to ensure their alignment with the Olympic movement and collaborate closely with the organisation recognised by International Olympic Committee to take Muaythai to its highest recognition. 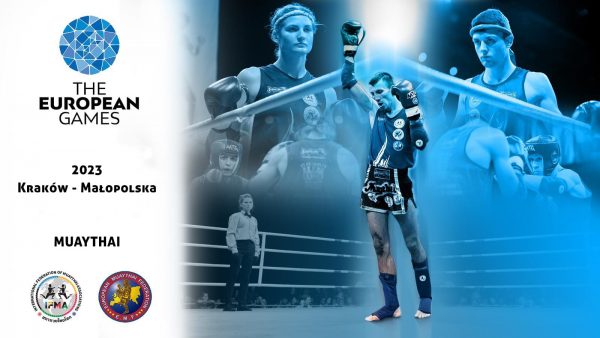