Staff Meeting for The World Games 2022

NewsStaff Meeting for The World Games 2022

LOOKING FORWARD TO A GREAT SHOW

Almost ten months before the start of The World Games 2022, a three-day meeting at working level took another important step on the road to Birmingham, Alabama. The eleventh edition of the multi-sport event with 3,600 athletes from 100 countries will begin there on Thursday 7 July 2022 in the newly-built Protective Stadium. A total of 34 sports are on the programme for the ten days of competition, which continues until 17 July .

The delegation from the International World Games Association (IWGA) was led by General Manager Chantal Boehi. In addition Anna Jacobson, Communication Officer, Hagen Bossdorf, TV and Marketing Coordinator, and Sebastian Garvens, Head of Games Services were present to discuss the current status of the preparations with their counterparts within the local Organising Committee. CEO Nick Sellers was the ‘captain’ of the home team.

Nick Sellers took the opportunity, in his welcoming speech on the first day of the visit, to point out the importance of the event for his city. He made it clear that the TWG 2022 will not be for the citizens of the city alone; the guests from all over the world as well as the athletes should remember the Games as a unique experience. When presenting the programme for the opening ceremony, the organisers from LRY Media made it clear that this should be achieved from the very first moment. Chantal Boehi said after the presentation by LRY Media: “What we saw and heard has already created anticipation for a great show.”

The General Manager summed up the meeting very positively: “We have compared the results of our work so far in all areas, from accreditation to media and marketing to the competition venues. In addition we have mapped out the next milestones. But most importantly, we had the opportunity to get to know each other personally. Some members of the BOC team in positions of responsibility we had previously only seen on screen via the video meetings. Personal contacts are essential for successful cooperation, especially in the ‘hot phase’ of being on the road to creating an outstanding event, a phase that is now beginning.”

The next get-together is already scheduled: from 29 November to 3 December the IWGA and the Birmingham Organising Committee will be informing Competition Managers of the 34 International Federations, followed by delegations of the National Olympic Committees (NOCs) and the National Sports Organisations (NSOs), about the status of the preparations. 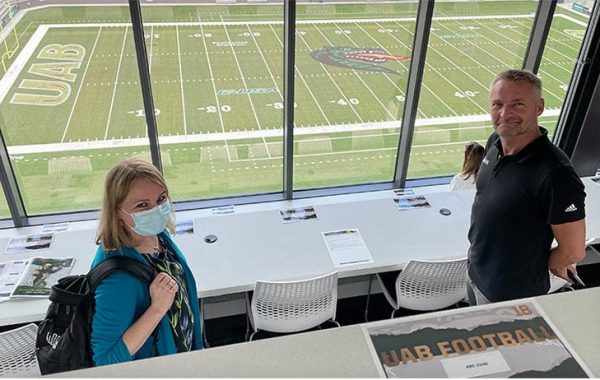