Muaythai Claims the Final Spot for the European Games 2023

CompetitionsMuaythai Claims the Final Spot for the European Games 2023

All eyes have been on the European Games 2023, waiting in anticipation for the announcement of which sports would be awarded the final spots on the official medal program for the 2023 European Games in Poland.

One of these coveted spots has been awarded to the sport and art of Muaythai, an ancient fighting art with a huge spectator appeal. Muaythai is a martial art with origins dating back over 1000 years, enriched with centuries old ancient traditions and one of the fastest growing combat sports in the world.

The International Federation of Muaythai Associations, which is recognised by the IOC as the world governing body for the sport, is made up of 146 member National Federations, working united towards promoting Muaythai as a way of life.

The competition format has been designed to be in line with the standards of the Olympic Movement which strive for full gender equality, a goal that IFMA has been dedicated to achieving over the years. The categories for the European Games will be equal, with 7 male and female divisions and 2 mixed gender team events ensuring complete gender parity for the Muaythai program at the Games.

IFMA President, Dr. Sakchye Tapsuwan, stated, “Muaythai is the national sport in Thailand and Asia has been leading the sport over the past decades. Europe has grown in strength, evidenced at the last two World Championships, where the overall winners were teams from Europe.” The President expressed his gratitude, especially to the EOC for trusting IFMA and thanking Poland, the LOC and government for supporting IFMA’s application.

Charissa Tynan, IFMA Director, stated, “IFMA and Muaythai is proud to be part of the European Games 2023 and for the EOC to share IFMA’s vision about creating equal opportunities for all abilities and gender. For IFMA, gender equality is not about ticking the box, it is about ensuring that women and men have the same opportunities to shine together on one stage as one family.”

Janice Lyn, Chair of the IFMA Athletes’ Commission and Executive Board Member stated, “This is a historical day for Muaythai and most importantly, for the athletes of Europe to be part of this important continental multi-sport event governed by the European Olympic Committee. This step forward gives the athletes and the youth a chance to be a part of the Olympic Dream and embody the Olympic Values of Excellence, Friendship and Respect. Thank you to the EOC and Poland for making this dream come true for the European Muaythai Athletes.”

Rafal Szlachta, IFMA Vice President and President of Polish Muaythai Federation stated “In both of my positions as the President of PMF and IFMA Vice President, I am proud that our Polish muaythai athletes will now have the opportunity to walk alongside their fellow athletes from the other 25 participating sports during the opening ceremony of the 2023 European Games. Poland hosted the 2014 European Championships in the beautiful city of Krakow. The event saw the attendance of over 10,000 spectators which shows the incredible level of popularity and support Muaythai enjoys in Poland. We are proud, and we are ready.”

Besides Muaythai, Archery is also be added to the Games. The IFMA Family would like to extend a big congratulations to World Archery for this momentous achievement, as we will all for the first time will have the opportunity to see our athletes debut as ambassadors for our sports at the Opening Ceremony of the 2023 European Games.

EOC Secretary General Raffaele Pagnozzi said: “We are quickly putting together the strongest and most eagerly anticipated sports programme in European Games history, one that sports fans in Europe and around the world will be keen to follow.”

The EOC Coordination Commission for the 2023 European Games, led by Chair Hasan Arat, has been working closely with a number of European Federations to finalise their participation at Kraków-Małopolska.

“Together with EOC Sports Director Peter Brüll we are in daily contact with a diverse and exciting range of sports federations regarding participation at the 2023 European Games,” said Arat. “We are very pleased with the growing interest in the Games, which bodes well for our goal of organising the best edition of the European Games yet, just a year ahead of the Olympic Games Paris 2024.” 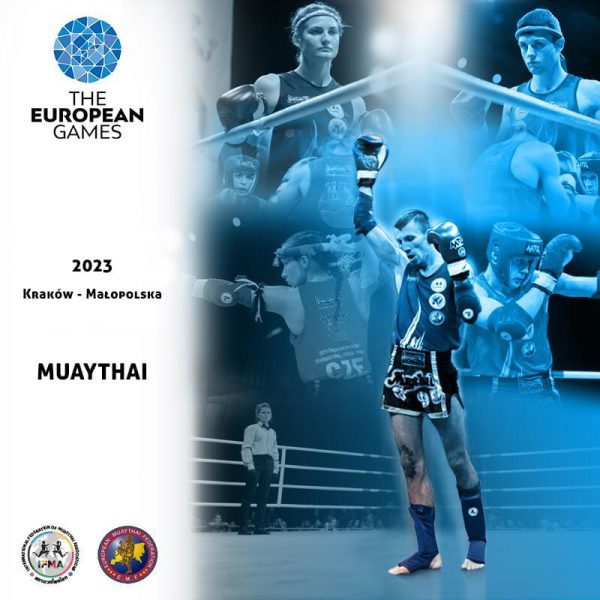